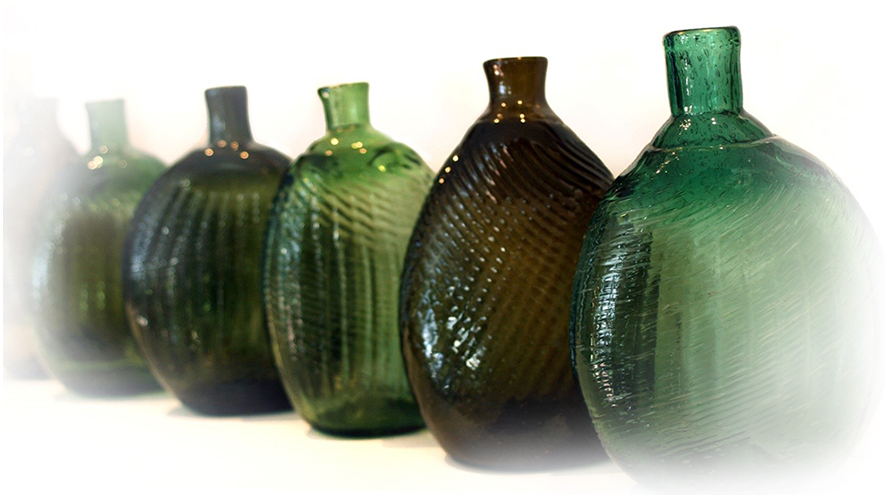 One of the earliest form of American flasks was the swirled ribbed style known as a “Pitkin”. This flask type was named(by collectors) after the famed Pitkin Glass Works which operated in East Manchester, CT from 1783 until the 1830s, as it was once believed that all of the Pitkin-style flasks produced in New England originated at this glasshouse.